The Amazing Scroll of Esther 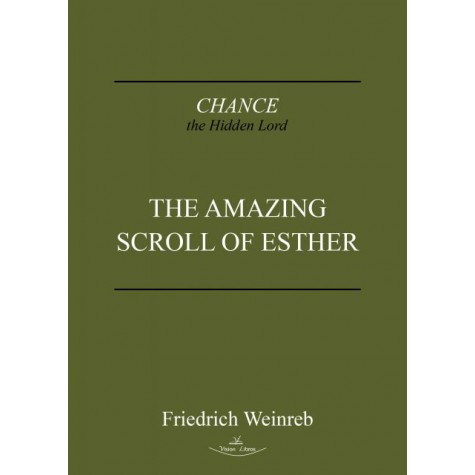 The Amazing Scroll of Esther

0 Opiniones Escribir Opinión
Esther in Hebrew means `I shall hide Myself´. According to ancient lore it means God hiding in the world´s perceptibility. God´s hiding is supposed to be the consequence of a definite, purposive interest on the part of man.
A God in hiding is ere long called a slumbering God, or at least a God who does not directly interfere with the world. And in the end people come to think God does not exist at all. For they can conduct the world´s affairs without regard to God, they can manage things very well by themselves. Results in the field of science and technology seem to justify this attitude and this interest.
Yet, this very attitude to life has brought with it unprecedented pessimism, profound apathy, a dismal sense of doom, together with symptoms of egoism, brutality, moral turpitude.
In those circles where the Bible is not merely regarded as a production of ancient history, but where the fundamental structure of man and of mankind is still recognized in the Bible, the aspect stated above is known. For it is known to them what part it forms of a far greater totality. It is a fundamental structure which the Bible proves to contain as something miraculous. The prodigies of nature which determine the exterior in this world appear to be accompanied by miracles of the word which find their expression in man and in mankind. In my introductory book Roots of the Bible - I have made an attempt to give an exposition of this matter. Pointing out especially the serious and accountable way in which this rediscovery within the word can take the place of universally humane values, this is of inestimable significance in these times.
Conoce todas las obras de Friedrich Weinreb: https://www.friedrichweinrebencastellano.com