From the earth to the moon 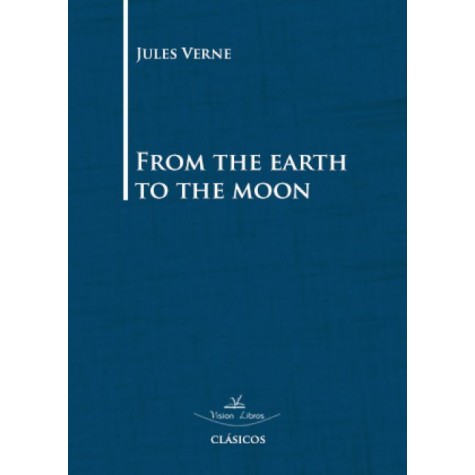 From the earth to the moon

During the War of the Rebellion, a new and influential club was established in the city of Baltimore in the State of Maryland.

It is well known with what energy the taste for military matters became developed among that nation of ship-owners, shopkeepers, and mechanics. Simple tradesmen jumped their counters to become extemporized captains, colonels, and generals, without having ever passed the School of Instruction at West Point; nevertheless; they quickly rivaled their compeers of the old continent, and, like them, carried off victories by dint of lavish expenditure in ammunition, money, and men.

But the point in which the Americans singularly distanced the Europeans was in the science of gunnery. Not, indeed, that their weapons retained a higher degree of perfection than theirs, but that they exhibited unheard-of dimensions, and consequently attained hitherto unheard-of ranges. In point of grazing, plunging, oblique, or enfilading, or point-blank firing, the English, French, and Prussians have nothing to learn; but their cannon, howitzers, and mortars are mere pocket-pistols compared with the formidable engines of the American artillery.

This fact need surprise no one. The Yankees, the first mechanicians in the world, are engineers-- just as the Italians are musicians and the Germans metaphysicians-- by right of birth.

Nothing is more natural, therefore, than to perceive them applying their audacious ingenuity to the science of gunnery.

Witness the marvels of Parrott, Dahlgren, and Rodman.

The Armstrong, Palliser, and Beaulieu guns were compelled to bow before their transatlantic rivals.

Now when an American has an idea, he directly seeks a second American to share it. If there be three, they elect a president and two secretaries. Given four, they name a keeper of records, and the office is ready for work; five, they convene a general meeting, and the club is fully constituted. So things were managed in Baltimore. The inventor of a new cannon associated himself with the caster and the borer. Thus was formed the nucleus of the "Gun Club." In a single month after its formation it numbered 1,833 effective members and 30,565 corresponding members.
Etiquetas: From the earth to the moon, Verne, Jules,