Around the word in eighty days 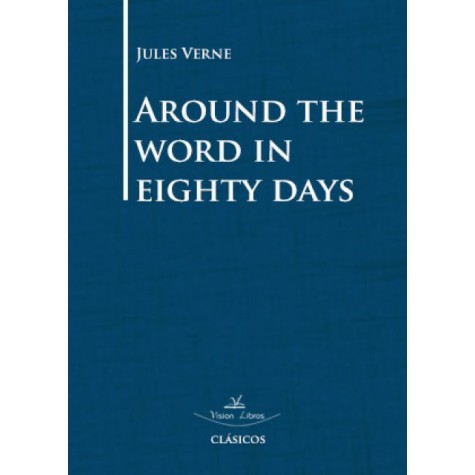 Around the word in eighty days

0 Opiniones Escribir Opinión
On October 2, 1872, Mr. Phileas Fogg of No. 7, Savile Row, Burlington Gardens, London, is hiring a new servant, after firing James Forster for bringing his shaving water at 84 degrees instead of 86 degrees Fahrenheit. Fogg is a gentleman and man of the world, a prominent but mysterious member of the Reform Club. He is never seen anywhere in London except at his club, at which he arrives the same time every day for luncheon and departs every night at midnight. No one knows what he does; he is not a landowner, a businessman, merchant, or scientist. He appears to be rich but not showy. He gives his money to charitable purposes, but he communicates little to anyone. He does nothing but read the papers, dine, and play whist with the same men. Though he often wins at cards, he gives the money to charity. He plays for love of the game.

Fogg seems to be a world traveler because he knows about every spot around the globe, yet no one sees him travel. He has no wife or children but lives alone in a rather plain but comfortable house with one manservant. Fogg is watching the clock this day, and when there is a knock on the door, he lets in a man of thirty, whom he interviews for the position of manservant. The man introduces himself as Jean Passepartout, an honest Frenchman, jack-of-all trades. He has been a singer, gymnast, circus performer, a tightrope walker, a fireman, and a valet. He had heard of Fogg?s strict requirements and wanted to work for him, to lead a quiet and orderly life.

Fogg tests him by asking what time it is. Passepartout brings out his large watch and says ? twenty-two minutes after eleven?. Fogg corrects him, saying he is four minutes slow. They synchronize their watches as a gesture of formal contract, and Fogg has effectively hired his new man. Without any other word, Fogg leaves Passepartout in his house and goes to his club.
Etiquetas: Around the word in eighty days, Verne, Jules,